Eri-channn9 mese/i fa
I run/help run 3 anime servers on discord where we see a lot of not nice things and people talking to one another in not nice ways.
I have seen many people agreeing with my comments, others opposed and some having mixed feelings.
I want to say this is an observation from me and my politics of location however these are also opinions.
I talk with people from the age of 10-40 about anime on a daily and I primarily get the same responses and have people bring up the same anime and same discussion topics. I was using my profile and platform to talk about it and even vent a bit. I apologize if I upset anyone by doing this. It wasn't my intention.

To the people who have sent me kind words of encouragement and starting conversations with me about this in PM: I thank you. They're all lovely messages.
1,301 visite • 0 preferito • 5 commenti

migur
LittlePisces • 9 mese/i fa • #72820734Hopefully a few bad apples don't discourage you from making more blogs. I enjoyed reading your recent ones even if I didn't made any comments. These bunnies will cheer you up! 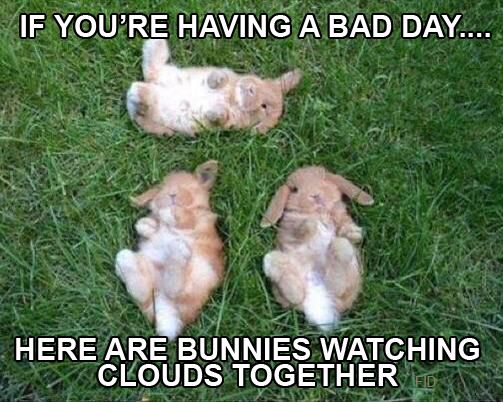 those are cute!
9 mese/i fa

LittlePisces
Hopefully a few bad apples don't discourage you from making more blogs. I enjoyed reading your recent ones even if I didn't made any comments. These bunnies will cheer you up!

migur
''social'' media is becoming less and less social. Because there is less interaction people tend to feel that they don't have to apply to the social rules/norms. And therefore vent strongly because they feel like they can/should.

There was absolutely nothing wrong with your posts. You stated your concerns in the most polite way possible.
9 mese/i fa⊛

galablue
hey eri, i thought your post was fine. you were venting a worry i've seen a lot of people have about the hobby. i hope you're doing ok. it's one thing for people to disagree with what you're saying, but it's another for them to be rude about it ... so i hope no one is doing that to you. hope you had a lovely holiday.
9 mese/i fa

Scones
If people are offended, they’re offended, in this case at least, you don’t have to apologize. It’s considerate and nice that you did though, but you’re not in the wrong for being controversial. What you say will, somehow, always rub someone the wrong way.

Many users who were upset could have come to the conclusion that you might have felt remorse for your posts, and they would be satisfied enough knowing you’re probably out there, looking out for yourself and your readership a little bit more for the next time. Many would also think you overlooked the opposition, and that you would be willing to post controversially again too, but that’s ok. Apologies bring resolution but I think you’re all good. I’ve posted things that were highly contested and I’m still here.
9 mese/i fa⊛