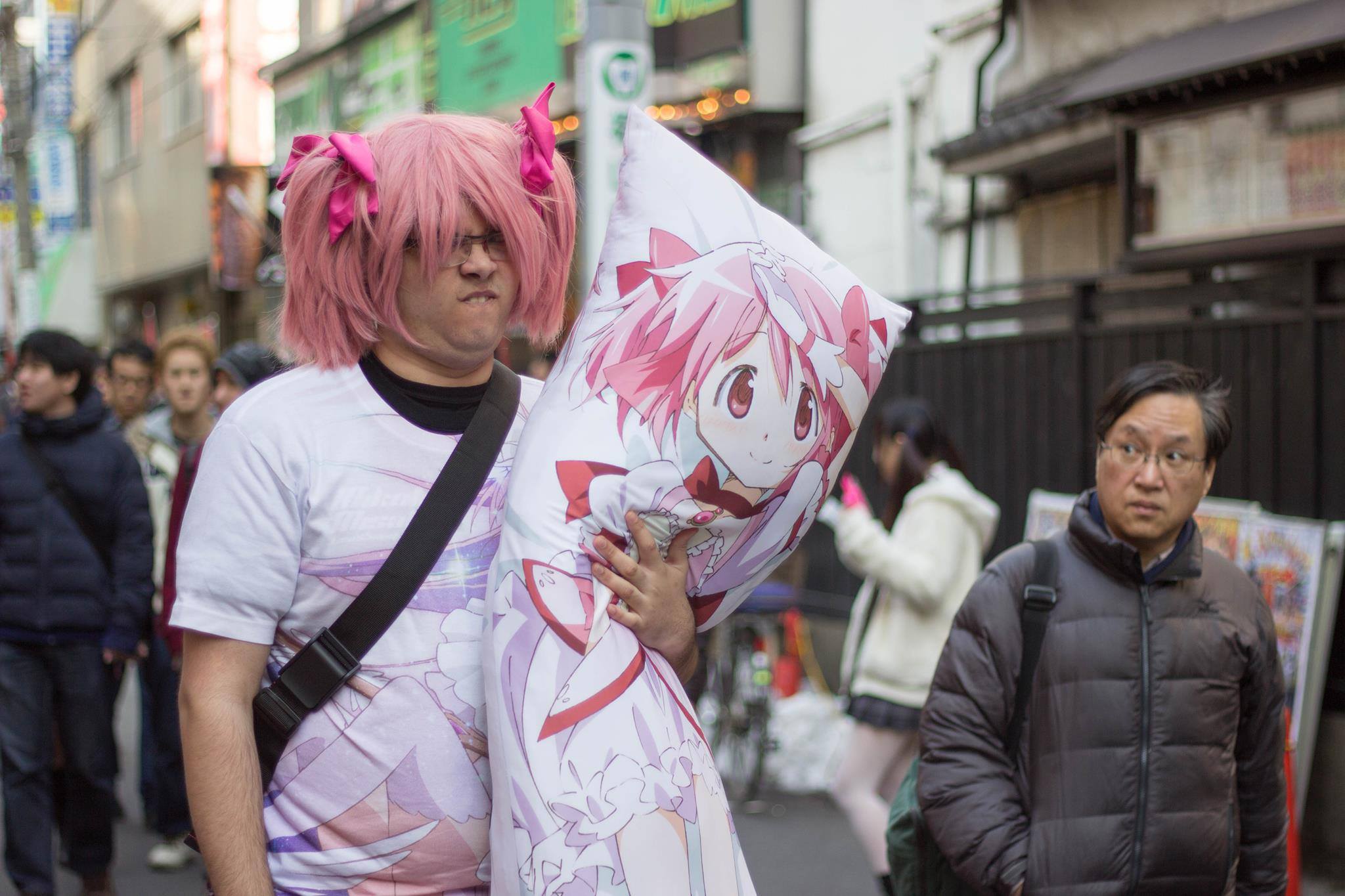 Japan->Tokyo->Akihabara-> Near the Kotobukiya store.

8%Sexy
3%Hot
12%Kawaii
19%Son, I'm disappoint
3%ugly
6%Loud and proud
26%this is why japan doesn't like foreigners
3%stop
2%don't hug me I'm scared
2%Your mom must be proud....
3%Son, this is what happens when you become an otaku....
3%I admire your courage and love that Madoka's goods
2%you are my idol
6%i relate with the old man
1%I just find it rude anddisrespectful
1%You ain't Japanese go home you're drunk son!...but you got balls respect!
1%The choices while nice, don't include: Get out of that country you disgraceful weeaboo.
1%I prefer the cute lady
313 votiI voti sono pubblici

Speaking to anyone who's reading: You can have whatever interests or personality you have. You're a person. But that doesn't do smack about how you're perceived by others.

The crucial thing to remember is that what you do that sets you off from the social average will draw attention, and generally assumptions. The "otaku/weaboo look" is an example not just because it looks completely different from an average adult, but it's easy to draw conclusions from-he's into Japanese anime, he's into childish-looking cartoon girls, etc. To divert from this, the same thing will happen with someone wearing three crosses and carrying two bibles and a Holy Mary body pillow; they look different, we can assume that they're religious, and quite frankly, they look... obsessed over it. Obsessed.

(I said "social average" because it does change here and there, but there always is one. MFC is a place for anime/manga culture and the average is a degree of merch collecting, which is about right. For the religion example, examples of different religious beliefs should be self-explanatory.)

As a person, they can be fully functional and great friend. Again, there's nothing wrong with individuality. But in public, one will never get to know them aside from what they see, and this is why appearance is important to watch if you want to be accepted by your surroundings, physical or virtual. If you just want to show others the true extent of your hobbies, you should feel comfortable enough to ignore the inevitable "haters" who feel differently than you. (Although note a difference between conversational and simple-minded people.)

Open to any civil ideas out there. I think this is something to bring up.

specki8848
Docoda • 5 anno/i fa • #3222975It honestly would be bad if I don't get teached about Japanese culture and society or have direct contact with Japanese people during my years of college. Of course going to Japan would help with it.
It also would be bad if I don't get to know more than the "average joe" about Japan and its people.
But you're a stereotypical hardcore otaku, so I don't think I can save you from your delusions. This is the last thing I'll say about this matter.

Docoda The MusicMaster
specki8848 • 5 anno/i fa • #3222937But funny how you think you know about japanese but dont even stay there
And study japanese dont make you know more about japanese people:)

But you're a stereotypical hardcore otaku, so I don't think I can save you from your delusions. This is the last thing I'll say about this matter.
5 anno/i fa⊛

specki8848
Docoda • 5 anno/i fa • #3219255To be quite honest with you. you THINK they liked you.
Japanese people aren't very direct in bringing over (negative) feelings. You probably interacted with the "correct" people. As in other otaku or people that spend lots of days walking through pop culture neighbourhoods like Akihabara. Most others, just like that older guy in your picture, will probably look at you like that when you don't look at them. There are also those who interact with you because you are a foreigner and because they think it's funny to see a foreigner walking around, dressed like you were. You might think they are nice to you, while in fact they're laughing or being disgusted in their minds. They even might make fun out of you.
Your choices. But I can't agree on this being a good one.
Though, speaking about the picture, it's quite good.

SkullFirekills7
Docoda • 5 anno/i fa • #3219715There's a difference between "Student Japanese", which is someone studying Japanese and "Student in Japan".
For op:
Going to add to that a Japanese person can become more open if you get on a friendly, familiar basis with them. And it this case we'll put them in the "correct" category. But even then, saying negative things directly is still something on a different level.
Okay weaboo. :0
5 anno/i fa

SkullFirekills7
Jajanken • 5 anno/i fa • #3219735No his (Docoda) profile doesn't say anything remotely close about living in Japan or being a student there. You just read and assumed that's what it meant. And for you as a 27 year old lolicon, I think you should change your mentality about this whole situation. You don't just do what you want because you only live once. That's the dumbest approach to anything ever. I put a random year as my birthdate dumb dumb. :) If you're referring I'm 27 years old.
5 anno/i fa⊛

Original Poster. Is another way of referring to the person who posted this originally while being completly lazy about it.
5 anno/i fa