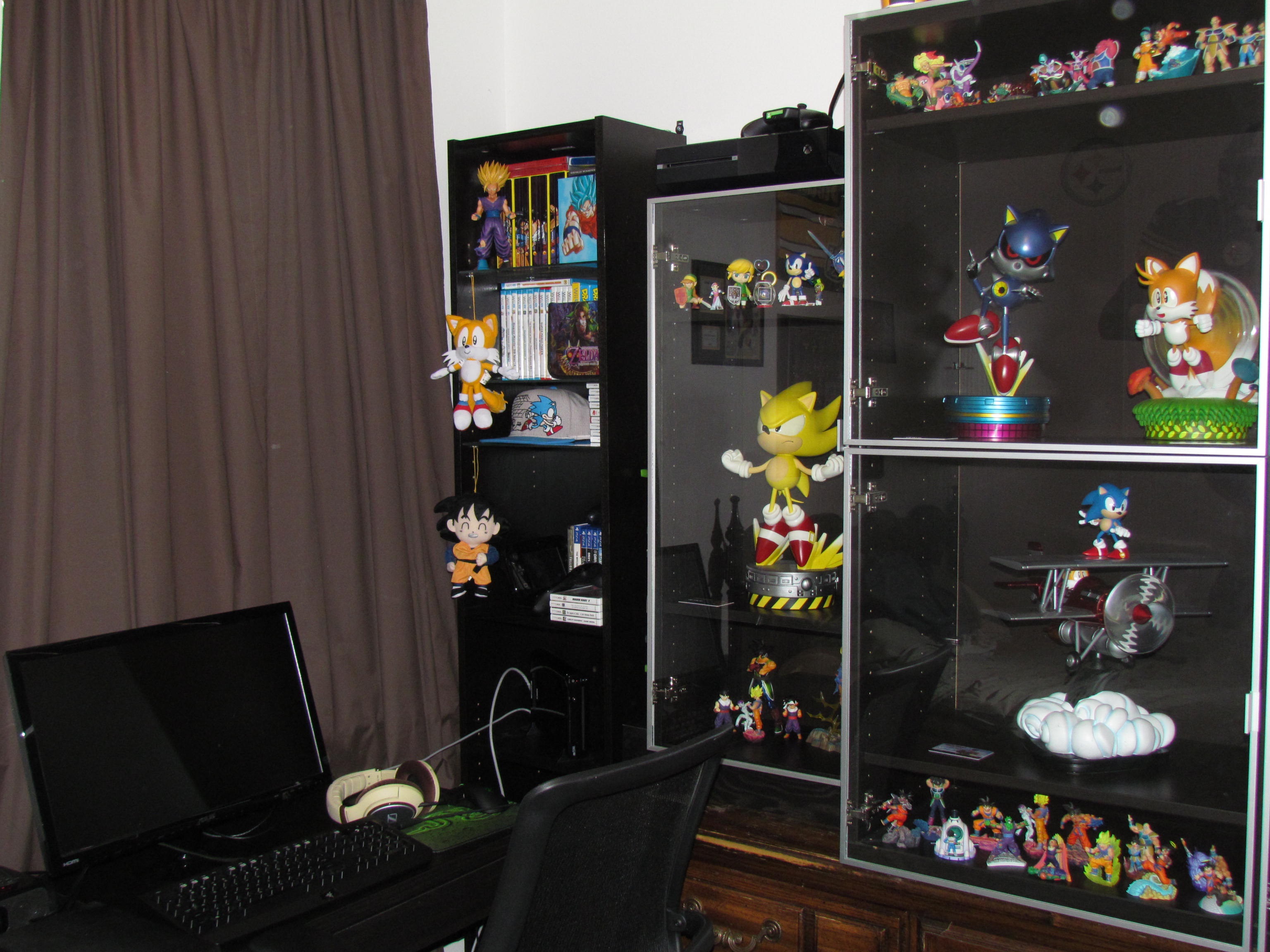 Chibi_Gohan
littlefishgirl • 4 anno/i fa • #7698074Might I ask where your display cabinets/doors are from? I like the look of them...the doors seem to have a really nice viewing area.

The 2 shelves to the left are BILLY (www.ikea.com/us...) bookshelves. The one to the right is a BESTA bookcase. The glass door for the Billy unit is branded under the name Morliden (www.ikea.com/us...).. I just bought the middle unit a few days ago. Both types of shelving offer customizable shelving, including the option to have glass shelving if you prefer to.

You won't be able to find the glass doors (which were branded under the name TOMBO) for the BESTA unit, since those were discontinued a few years ago. It's a pity too, because the door options for the Besta system now are rather disappointing. Despite having the exact same appearance and style, the newer Morliden doors would probably not work too well for the Besta system.
4 anno/i fa⊛

sweethope8604
Omg Sonic heaven!! I love your display especially the figure of Sonic and Tails in the Tornado! *_*
4 anno/i fa

littlefishgirl
Might I ask where your display cabinets/doors are from? I like the look of them...the doors seem to have a really nice viewing area.
4 anno/i fa