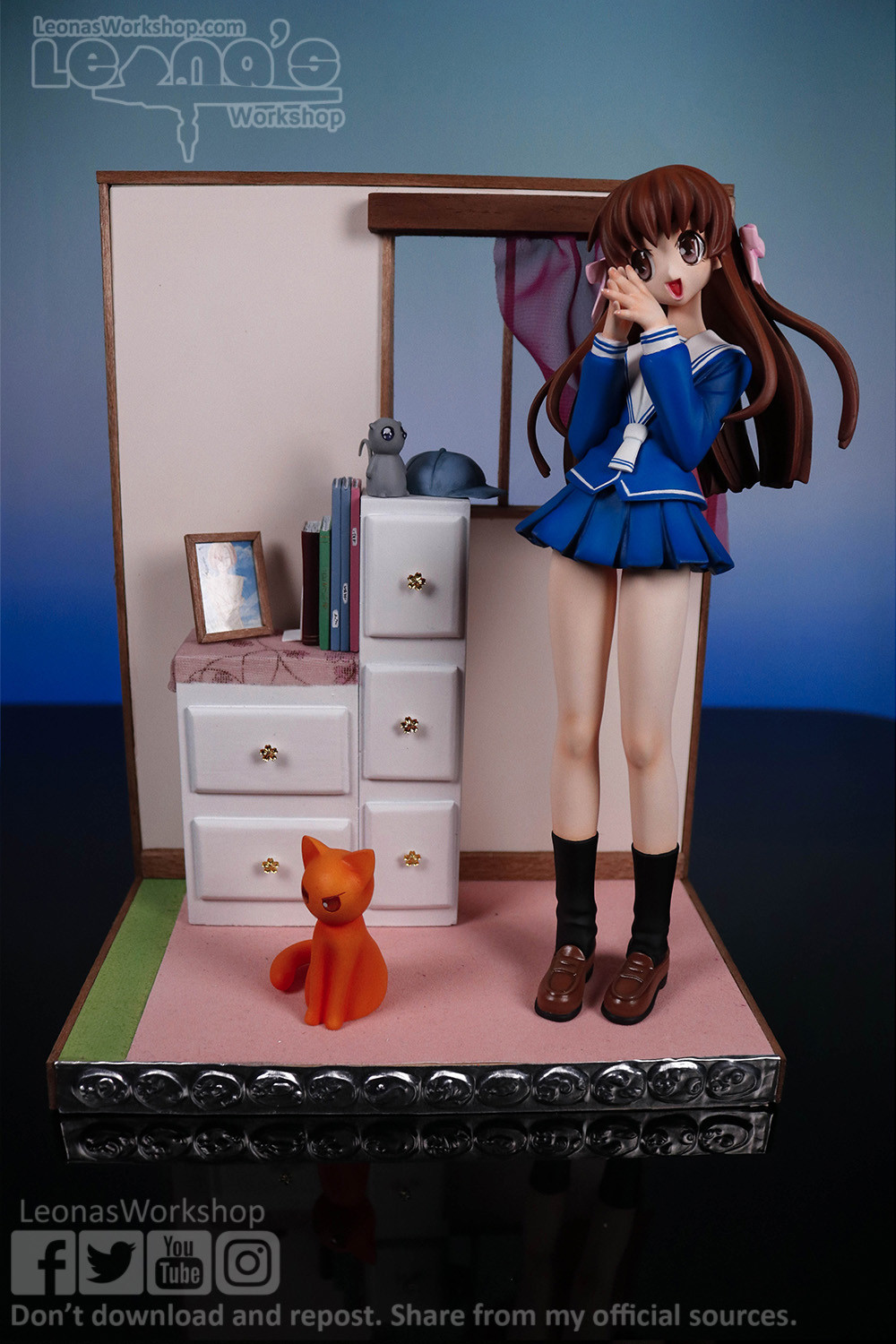 Everything is made from scratch, from the base to the wall and the outer wall. I tried to replicate her room as seen in the new anime, but even tho it might not be 100% accurate, I though it was ok since this Tohru kit is not exactly based in the new anime or the old one, it's almost as if it's a mix between the manga and the original one. I just took the elements from the new anime as inspiration to create my little model.

For the uninitiated in the series, there's this little corner in Tohru's room that basically hold all her precious possessions, and that's this little corner where she has her small drawers, there's a picture of the legendary Crimson Butterfly herself: Kyoko who was Tohru's mom, her school books and that very very special cap from her childhood.

I also embossed all the 12 zodiac animals on the front of the base in their nick nack forms for an extra touch.

There's a full video on my channel on how I painted and built everything, you can find it here:
https: