Started figure collecting in about 2003 or 2004 - if I don't count early Sailor Moon stuff as a starting point (1998). Before getting into Anime for real I just collected Sailor Moon stuff, Manga and the few Anime on videocassette you could get in Germany, saying such series as Neon Genesis Evangelion.

I had Sailor Jupiter, Sailor Mercury as chibi figures and the Star Locket plus the Moon Stick from the Bandai toy line. I still remember how I went with my dad to the store (like Walmart) and he bought me the figures. As Pokémon hit the german televisions, I started collecting the toys, too.

Before the first scale took a step in my life I collected only Trading Figures from Dragonball, Sailor Moon and Evangelion. It was my personal era without Internet...

Actually my first Trading Figures must have been those Bonkdo-Tradings from Bandai France (1996 - in Germany after 1998 in some Comicshops available) our neighbour brought for me from the next big city. 2004 I got these Evangelion HGIF and Dragonball Collection Trading figures. After getting an ebay-account in 2005, I started ordering furthermore everything I liked - restricted by pocket money naturally.

My first scale then was the Gothic Lolita ver. of Asuka from Neon Genesis Evangelion from 2006. ITEM #302
It was a present from my parents - if for christmas or my birthday is hard to say (I have roughly one and a half weeks after christmas). But it was and I will hold her dear always. 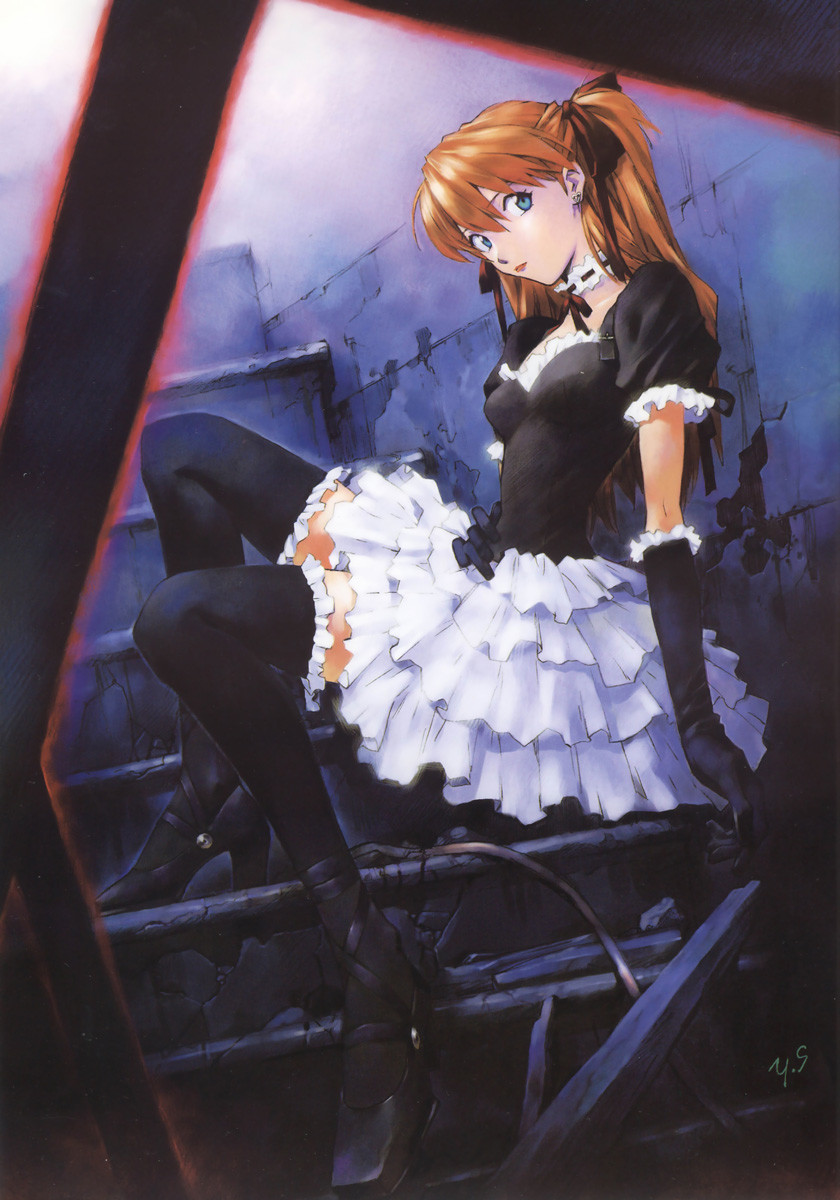 Today I count a pretty big collection of figures as my own. Several trys to stop collecting failed, so I guess this is just my sort of thing. My dad used to collect model cars and trains, so I guess it runs in the family.

My main collecting series are Sailor Moon and Neon Genesis Evangelion. Everything else I have are few figures from series I like or which designs caught my liking.

Bleach, K-On! and Puella Magi Madoka Magica are a part of my collection I tend to see as finalized, also I stopped with Kantai Collection.

Nowadays I started buying figures for the design, see Dungeon Travelers and Shingeki no Bahamut.

Recently I fell into Fate-hell. 8D